People are being served salty sea water at home

According to the latest data, the Russian Armed Forces have taken control of the village of Aleksandrovka in the Kherson region, thus opening the road to Nikolaev. Military and administrative documents were urgently removed from the city itself a few days ago. Nikolaev and its inhabitants hastily leave, but the reason is no longer fear of being at the epicenter of hostilities: there is no fresh water in the city at all, entire quarters are disconnected from the water supply, and residents are offered to use salty sea water for their needs. 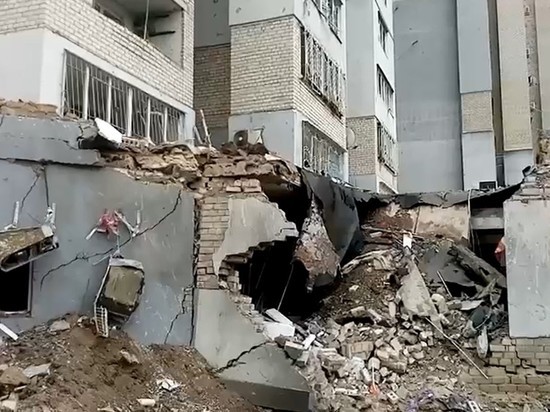 Problems with water in Nikolaev began long ago. Even in the spring, residents were forced to resort to extreme measures and even draw water in buckets from ponds and puddles. A certain amount of drinking water was brought in canisters on buses and trucks, but to get it, you had to stand in line for many hours.

Water shortage began after the damage to the water supply system drawing water from the Dnieper, and human greed only complicated the situation – local officials they just set up a profitable business for themselves, making a fortune on the water trade.

As local residents assure, the administration of Nikolaev was not engaged in repair of a waterpipe, preferring to pump water directly from Liman. For these purposes, more than a dozen wells were drilled … with salt water, which residents are invited to clean on their own. For example, remove salt by evaporation. Salt water itself wears out the water supply and makes it unusable, and is completely unsuitable for domestic needs.

Back in May, the head of the Nikolaev regional administration, Vitaly Kim, announced that drinking water would appear in the taps of residents in the next month or two. The summer has passed, but things are still there.

The Mayor of Nikolaev Alexander Senkevich even visited the police the day before for questioning in a criminal case on the theft of 56 million hryvnias (93,520,000 rubles), which the government gave for the restoration of the destroyed city in the city water supply. The money evaporated, but the water did not appear either.

The mayor himself is trying in every possible way to avoid responsibility. According to him, the finances for water supply allegedly have not even been sent yet: “The day before yesterday I received a request from the prosecutor’s office on this issue, referring to one of the anonymous telegram channels, that it is also necessary to seize documents related to the issue of using this money, although the money has not even been directed,” Senkevich said.

“The main thing when you steal like Senkevich, accompany everything with patriotic speeches. Maybe even get another order,” one of the angry residents of Nikolaev wrote on his blog. Against the backdrop of what is happening, the anger of the townspeople was aroused by the head of the Nikolaev Parks utility company, who told that officials had spent huge money on green spaces since the beginning of the year, and plans to spend the same amount.

The situation with water will become critical if in Kherson, a decision will be made to close the Kakhovka dam on the Dnieper. In the meantime, the Ukrainians are saved by the weather. When there is no water in the pipes, it is taken directly from the sky. For several days now, there has been a heavy downpour in the city, flooding the entire city center, which means that the time has come for the long-suffering citizens to take up bottles and buckets again.