UPDATED: This is the story of a mystery. Unlike a good Agatha Christie page-turner, it’s not that dramatic. But it is a sad one — though maybe, just maybe, the ending hasn’t been written yet.

Thirty years ago, one of the greatest sports movies ever made was released in theaters. Based on the true story of the All-American Girls Professional Baseball League, founded during World War II when most able-bodied men (including ball players) were fighting overseas, A League of Their Own featured two fictional sisters (Geena Davis and Lori Petty) battling over their own issues during the inaugural season of women’s professional baseball.

The film became a modern classic for so many reasons: the powerful direction by Penny Marshall, an all-star cast that also includes Tom Hanks, Rosie O’Donnell, Madonna, Jon Lovitz, and David Strathairn, and iconic catchphrases like “There’s no crying in baseball!”, which endure in the public consciousness today. As a period film, set nearly 50 years before its making, the details on screen are remarkably on point — though there’s one scene that highlights one of the least pleasant aspects of its era.

The main cast of the film is all white, a reflection of the fact that like men’s baseball of the early 1940s, the AAGPBL was segregated. However, there is a scene that acknowledges the injustice of excluding women of color from the league: Midway through the film, during a montage highlighting the Rockford Peaches’ growing success as a team, a wild ball lands to the sidelines of the field, and Dottie (Davis) calls for one of the Black women standing nearby to throw it back.

The woman does so, but instead of throwing it to Dottie near first base, she whips it to the further-away Ellen Sue (Freddie Simpson), a throw so hard that it leaves Ellen Sue’s hand stinging. You can watch the scene below for yourself — it might be only 15 seconds of screen time, but it packs an emotional wallop.

When BuzzFeed writer Alanna Bennett wrote about the scene for its 25th anniversary, screenwriter Lowell Ganz told her via email that, “It did bother us that in order to be historically accurate [about the AAGPBL], we could not have a diverse cast. We came upon that scene as a way to make the point… A lot of people have commented on it over the years, and I’m very glad we included it in the film.”

Part of the moment’s power is its lack of dialogue: The woman doesn’t need to say anything to the players on the field to make it clear just how bullshit it is, that she’s not allowed to play with them. All she needs to do is offer up one silent, strong nod, and the point is made.

Unfortunately, that’s what has left her anonymous.

Because the woman in question doesn’t have any dialogue, she falls into the category of what is officially known as a “background actor,” more commonly known as an “extra.” While some productions will include extras in the credits, it’s not something SAG-AFTRA, the labor union which represents actors in Hollywood, requires of productions.

Without the film’s actual credits to rely upon (even including IMDB’s listings of uncredited performers, none of whom seem to fit the bill), it became a question of finding out if anyone who was involved with the original production might remember this woman’s name. And thus, the emailing and phone calls began. 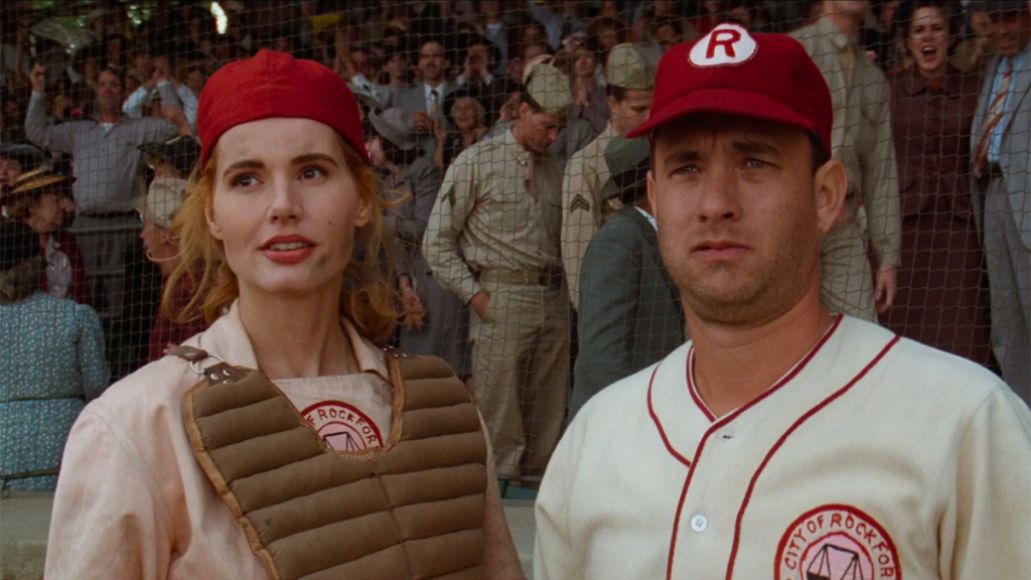 A League of Their Own (Columbia Pictures)