The lineup for the 2023 Monsters of Rock Cruise has been announced, featuring ’80s hard rock and metal acts like Tesla, Queensrÿche, Winger, and Extreme, along with newer outfits like Mac Sabbath (the McDonald’s-themed Black Sabbath cover band), Tyler Bryant & The Shakedown, and more.

The ship, Royal Caribbean’s Mariner of the Seas, will set sail April 29th from Port Canaveral, Florida, and make stops at Puerto Plata, Dominican Republic, and the Private Isle of Labadee before returning to the Florida port on May 4th. With a theme of “They Came From Outer Space,” the boat ride will feature performances from more than 35 acts.

Along with the music, additional activities include Q&A sessions, Gong Show Karaoke, “So You Think You Can Shred,” Cooking with Rock Stars, Painting With Rock Stars, Rock Stars vs Average Joe’s Basketball, and more. Radio personality Eddie Trunk will serve as the official cruise host.

Booking info can be found at the official Monsters of Rock Cruise website.

Meanwhile, another event featuring a slew of ’80s metal artists was also recently announced. The 2022 Monsters on the Mountain festival will take place August 19th-21st at The Gatlinburg Convention Center in the Great Smoky Mountains of Tennessee.

See the lineup posters for both the 2023 Monsters of Rock Cruise and the 2022 Monsters on the Mountain festival below. 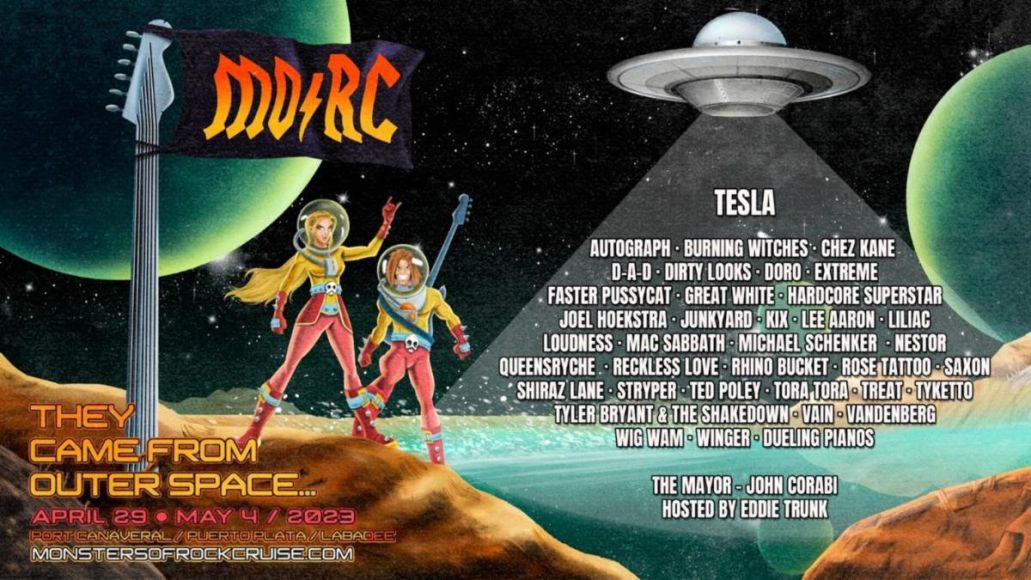 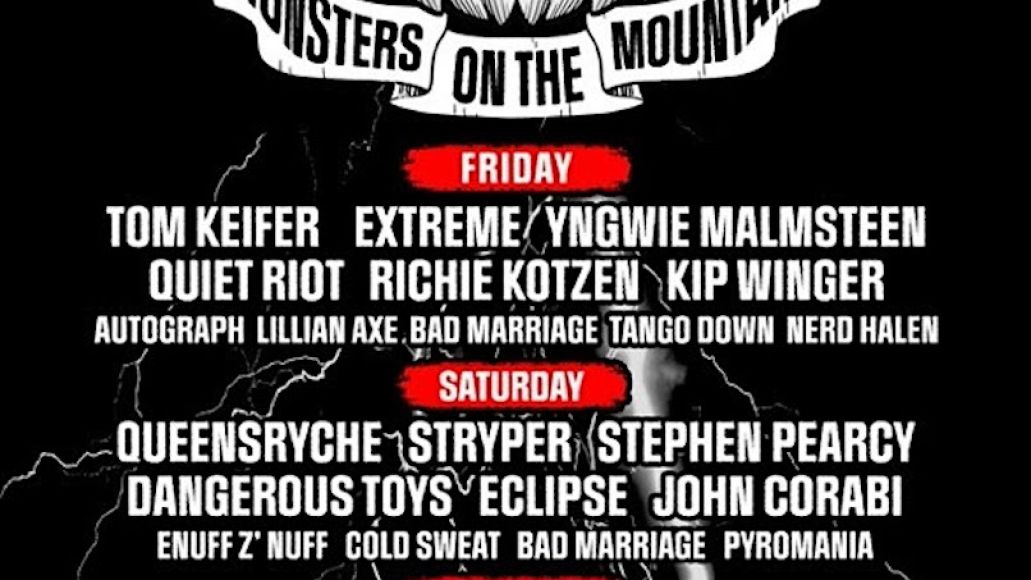