As fires rage across the state of California, many are wondering how management could improve to reduce the risk in the future. Traditional fire management is being increasingly embraced in Australia, which could help inspire California.

After years of advocacy work, cultural burning practitioners had a win in Australia last week, when the government of New South Wales, the state hit hardest by last year’s catastrophic bushfires, formally accepted a recommendation for an increase in cultural burning as part of their fire management strategy.

An official report issued by the New South Wales government explains how Indigenous land practices can improve fire management in the wake of the deadly bushfires.

As some of the most damaging wildfires in recent memory have raged through California, in the United States, this cultural burning knowledge is becoming more relevant than ever, said Don Hankins, a Plains Miwok fire expert at Chico State University in California.

Today, officials in both the United States and Australia are increasingly turning to Indigenous land management practices to help control wildfires. 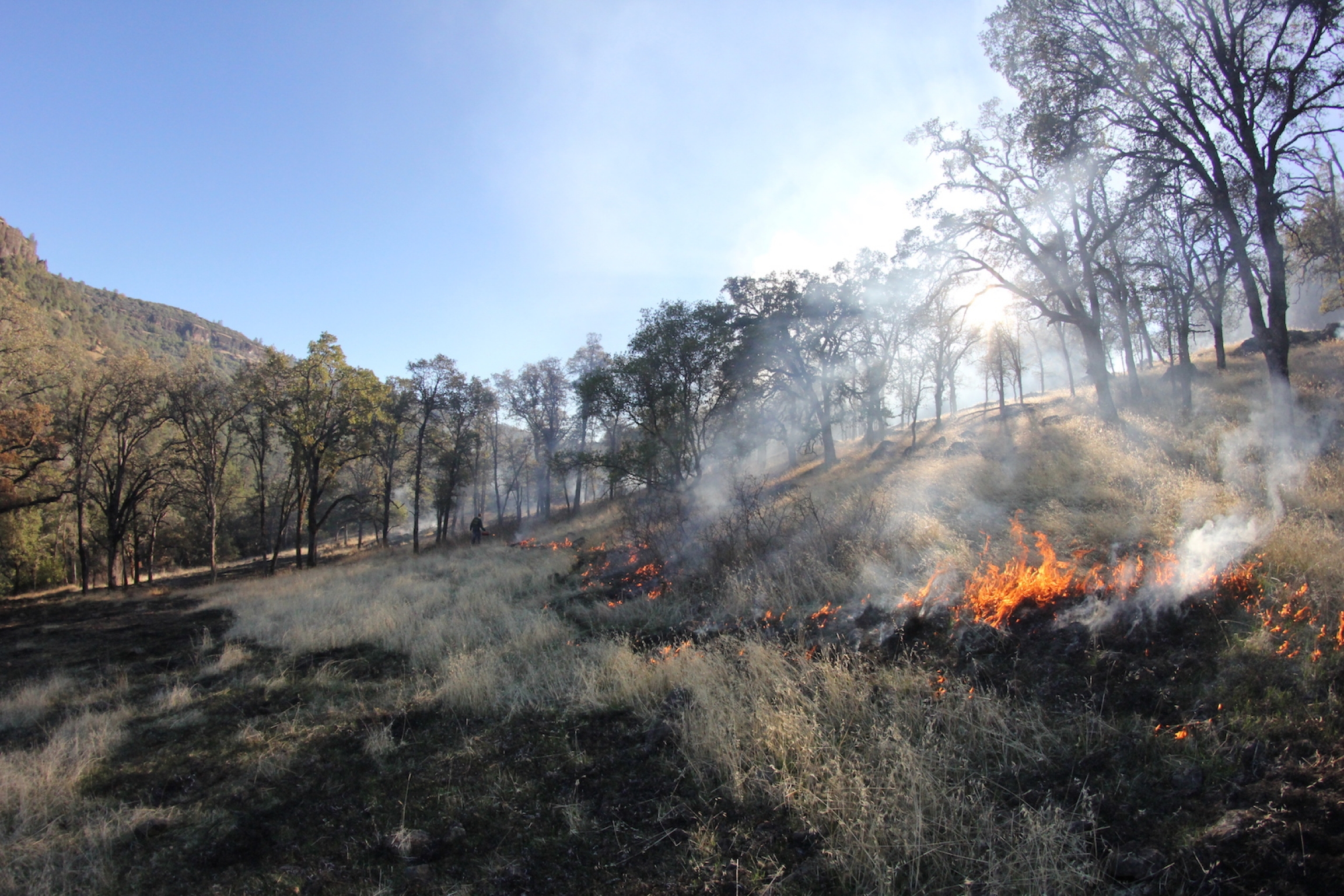 Hankins says he has contemplated the benefits of cultural burning — a form of traditional fire management passed down through generations among Indigenous people in fire-prone landscapes — for most of his life.

Hankins found international inspiration back in 2003, when he flew over northern Australia, on his way to do some dissertation research, and saw small fires — set carefully and intentionally.

It was the first time he had seen Indigenous burning practices done on a landscape scale. “I could do that in California,” he thought to himself.

Since then, Hankins has been working to promote cultural burning in California, through training sessions, workshops and skill-sharing.

Hankins says cultural burning is “about reading the land and knowing the landscape and knowing how and when to apply fire in a very safe and effective manner.”

Related: What Aboriginal Australians can teach us about managing wildfires

Hankins, who has been making trips to Australia for decades to share skills and knowledge with other cultural burning practitioners, said that he is happy to see cultural burning gain more recognition by the Australian government.

“It’s a step in the right direction. … I wouldn’t say that that it’s gonna be the cure-all in that area. I would like to see more opportunities for Indigenous-led approaches.”

“It’s a step in the right direction,” he said. “I wouldn’t say that that it’s gonna be the cure-all in that area. I would like to see more opportunities for Indigenous-led approaches.”

That fact is now being officially recognized, said Oliver Costello, a Bundjalung man who is CEO of Firesticks, an organization that advocates for cultural burning in Australia.

“There’s a recognition that cultural burning is a part of broader Aboriginal land management practices, which is really important.”

“There’s a recognition that cultural burning is a part of broader Aboriginal land management practices, which is really important,” said Costello.

Recognizing that climate change will likely exacerbate droughts and intensify wildfires has urged experts to think more critically about how to mitigate wildfire effects and adapt to the weather conditions that spur them.

In the Northern Territories of Australia, where fewer people live and cultural burning practices are largely intact, Aboriginal fire and land management have cut bushfire destruction in half.

A handful of communities have done some burning on traditional lands in the past decade, such as the North Fork Mono in the Sierra Nevada foothills, the Karuk Tribe in northwestern California, and a Yurok community in the Klamath Mountains of northern California, who have been doing cultural burning annually since 2014, with support from the Nature Conservancy.

But only a few thousand acres are culturally burned a year in California, much fewer than the 90 million acres in northern Australia that are under a burning regimen.

There is still a lot of red tape, said Hankins. Native groups must obtain permits and may not receive permission to do burning on their lands due to air-quality or liability concerns.

Before the Gold Rush and Spanish Era, millions of acres of California were burned every year for more than 13,000 years by hundreds of tribes across the region. Now, governments mostly suppress fires, which leads to a build-up of fuel for catastrophic wildfires down the road.

“It’s a short time frame that we’ve taken the [cultural burning] part of the equation out. … The main driver that has helped to shape these ecosystems has been removed because of that colonial impact.”

“It’s a short time frame that we’ve taken the [cultural burning] part of the equation out,” says Hankins. “The main driver that has helped to shape these ecosystems has been removed because of that colonial impact.” 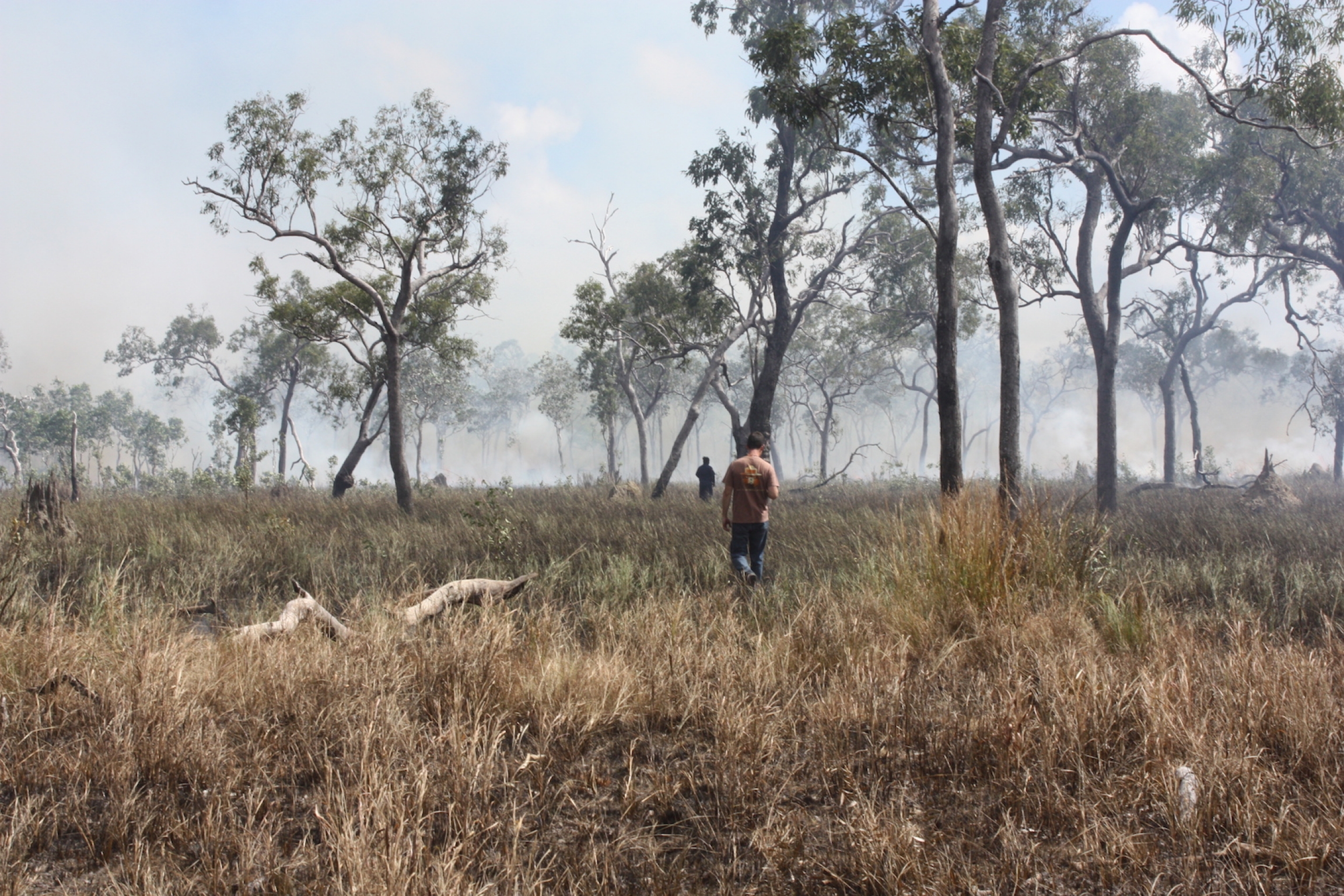 Hankins and Costello are both part of an informal network of cultural burning advocates around the world, such as Canada, Mexico, Venezuela and Brazil.

First Nations Emergency Services Society (FNESS), based in British Columbia, Canada, also advocates for cultural burning. Shane Wardrobe, interim manager of the Forest Fuel Management Department at FNESS, said his organization has met with cultural burning experts in the US and New Zealand.

“In some places, this traditional knowledge is being passed on, and in a lot of other places, it’s not. When we lose our elders, we’re going to lose that knowledge…”

“We’re trying to get more of our Indigenous people involved before that knowledge is lost,” he said. “In some places, this traditional knowledge is being passed on, and in a lot of other places, it’s not. When we lose our elders, we’re going to lose that knowledge…”

Related: Reviving traditional fire knowledge in Australia: ‘Fire is something we live with’ 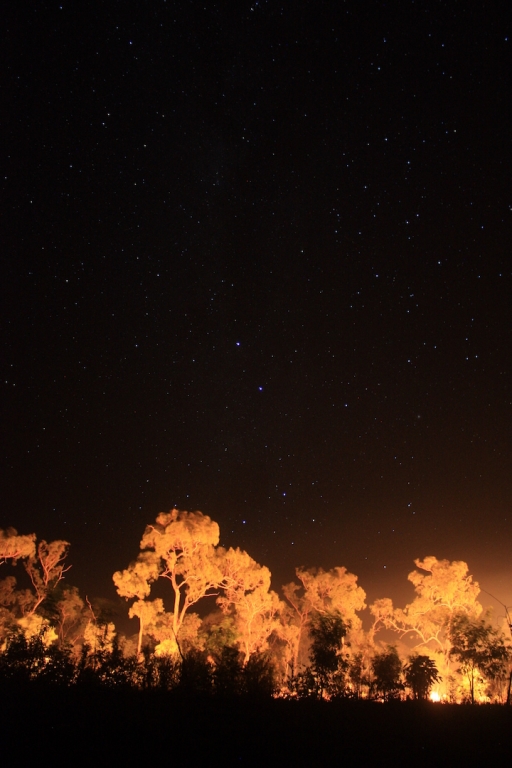 In Australia, Costello said the principles of cultural burning can apply to any fire-prone landscape.

“Landscapes have been shaped by fire for thousands of years,” he said. “If … you only see the negatives of fire, […] you don’t understand that fire used in the right way will maintain healthy relationships.”

With climate change bringing hotter, drier, windier periods that can make fire season worse, this knowledge is more important than ever, said Costello.

“We have to learn and adapt, which is what cultural knowledge and cultural fire management is all about.”